I can’t say that the hotel we’re staying at now is my favorite hotel ever. Rock hard beds, dated rooms, and pretty dirty showers. Why did I choose this place? Well… It’s was the only place left! Even months in advance, hotel rooms during sakura season skyrocket in price, so this was the last place I could find that had double-beds. It’ll do, and the staff are still friendly and hospitable… but oof.. my back…

One good thing about this hotel, however, is its location. The hotel is literally right outside of Nippori station which is a main transit hub for not only the JR lines, but lots of other private railways too. That means that transporting ourselves to basically anywhere in Tokyo is a breeze.

First, let’s get a little breakfast from the little coffee shop across the street.

Wonderful hotcakes with a cocoa for Abbie and a Latte for me.

Today, I want to visit one of the most iconic engineering spectacles in all of Tokyo, the SkyTree. Before you get your hopes up and ask if I “went up to the top of the SkyTree,” no. Sorry. Not that I have a fear of heights, it’s more like having a fear of paying $30 a person to wait in line for an hour packed with tourists to see Tokyo on a poor-visibility morning. You know, that fear. Besides, you can get a good view of the city for free at the Tokyo Metropolitan building. I mostly wanted to see the SkyTree from the ground floor and look up at it. The SkyTree is also home to a massive shopping mall, so I figured we would spend a little time there too. I’ve never been to the SkyTree, nor this part of Tokyo before, so this will be interesting.

It really wasn’t all that tough to get down to the SkyTree from Nippori. We decided to take the trains, and while they may take a bit longer and require more transfers, using the city buses without an IC card is a pain. Next time I’m here, I’ll grab one for sure.

Once you arrived at the SkyTree’s Oshiage train station, you can walk directly into the SkyTree’s mall via a set of escalators. Before we hit the escalators though, we encountered an ear-piercing high-pitched squeal coming from the overhead light drivers. Guh, it’s so sharp and high pitched, it’s killing me. You could notice a visible reaction from every person under 30 walking through the same area. The underground area of Tokyo Station had the same annoying light drivers. It’s like a sonic dental drill.

Finally, outside. I wonder where the SkyTree itself is….

Yeah that’s pretty damn tall. It’s literally scraping the sky, as the very top of the tower is shrouded in clouds. Very impressive, especially for a country known for its frequent powerful earthquakes.

The SkyTree tower itself is designed to be a TV broadcasting antenna for all of Tokyo. There are also two observation decks. Would I like to see Tokyo from on top of the SkyTree? Yes, absolutely. Do I want to pay 3000 Yen a person and wait for hours to get up there? Lol no.

So, we decided to just wander around a little. Hey, look, a little Studio Ghibli pop-up shop. Aw that’s nice. There’s lots of little things here for sale that we didn’t find at the Ghibli Museum.

…Somehow we left without buying anything. Sometimes you just have to restrain yourself and hold back you kn—

oh what is this…

wait no I thought they closed this years ago…

Oh, it most definitely is.

What??? They brought back the Kirby Cafe? This was what’s known as a “pop-up” cafe. A temporary location that centers around a pop-culture subject which artificially increases demand due to its timed exclusivity. Once their time is up, they’re usually gone for good. The Kirby Cafe first opened in 2016 and was closed about six months later, thought to never return again. I really wanted to visit it during my 2017 trip, but alas, it had closed by then.

Pat his head for luck

…Nobody ever told me that the cafe opened back up again this year about a month ago. Yeah! Oh.. well.. something tells me all the reservations are booked for months. Better check to make sure. 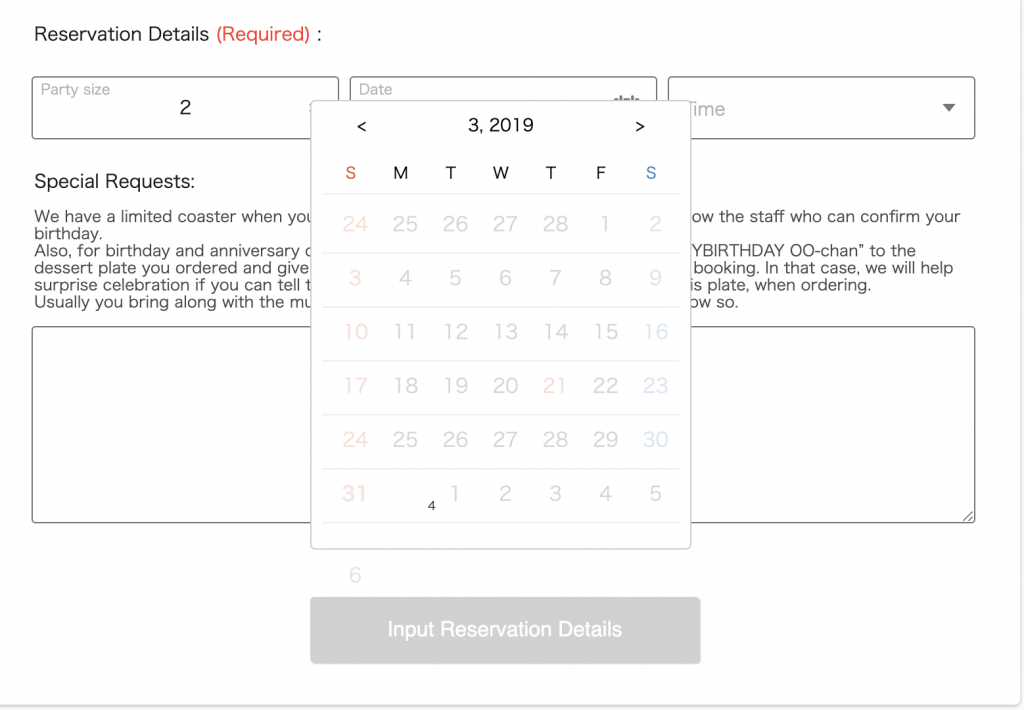 Yeah.. just what I thought.

Wow. Completely booked for every single day the place is open. There’s no way we’re getting in here. Sure, it was just a place selling extremely overpriced food with a cutesy video game character aesthetic, but it’s absolutely triggering my sense of FOMO, or “Fear of Missing Out.”

Kirby is the easy-to-play, comfortable video game franchise that my sister and I always play together. It’s a franchise that we both love and have always loved. The art styles, the music, the gameplay mechanics, everything. Kirby is wonderful, and here was this little pop-up cafe that celebrated the franchise that we always wanted to get into, but couldn’t because the cafe closed up shop years ago. Until it came back now, and we couldn’t get in because we were lacking reservations. Brutal.

I check once more to see if anything had magically cleared up… nope. Ugh. Oh well, let’s check out more of the SkyTree and see if we could get in later without a reservation when it’s less crowded.

The SkyTree mall was PACKED. Every store and stall was brimming with people. Also, everything here was crazy expensive. I knew this place was upscale but wow. Prices here are truly insane. I’m guessing they’re trying to grab all of that sweet, sweet tourist money. 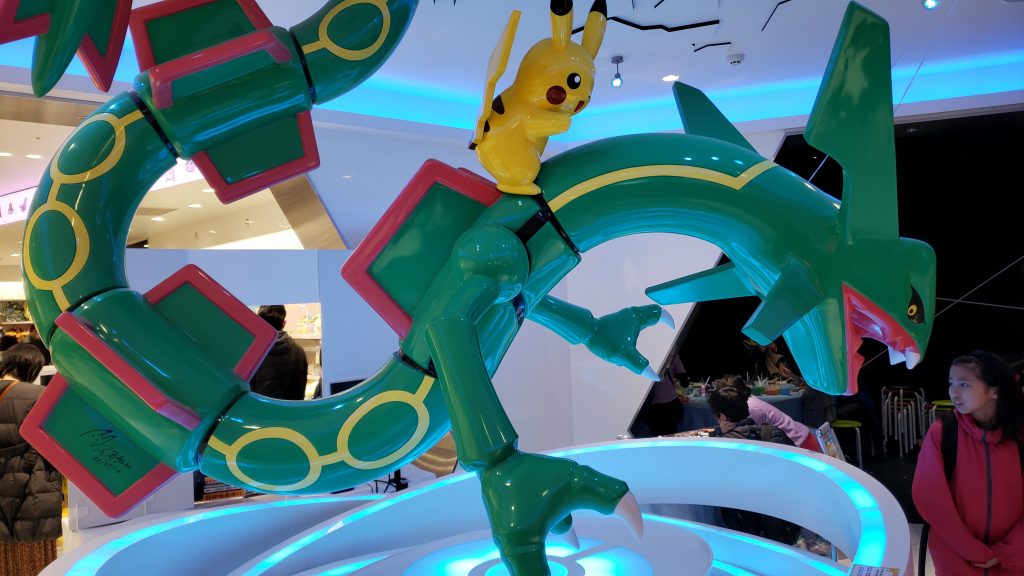 Yeah buddy, get’em! Rayquasa seems to be signed. Is that the VA for Pikachu?

Crowded and expensive, but these are always fun. I think I’m on track to visit every one of these places. Way more have popped up since I last visited. I’m betting the success of Pokemon Go has something to do with that. Somehow, we left without buying any more $30 stuffed animals.

A little more wandering through the mall brought us to the little gift-shop above the Kirby cafe. Here, you could buy lots of little goodies and doo-dads with the super tough pink puff and his pal’s faces on them. It’s not as good as the cafe, but I’ll take what I can get. I bought a CD of the cafe’s original soundtrack (Yes, they composed an original soundtrack based on the game music just for the cafe), and Abbie got a little decorative jar of star candies. We didn’t visit the cafe, but we bore witness to it and have proof of it’s existence.

Am I being overdramatic? Yes a little. I’m not upset, you’re upset. 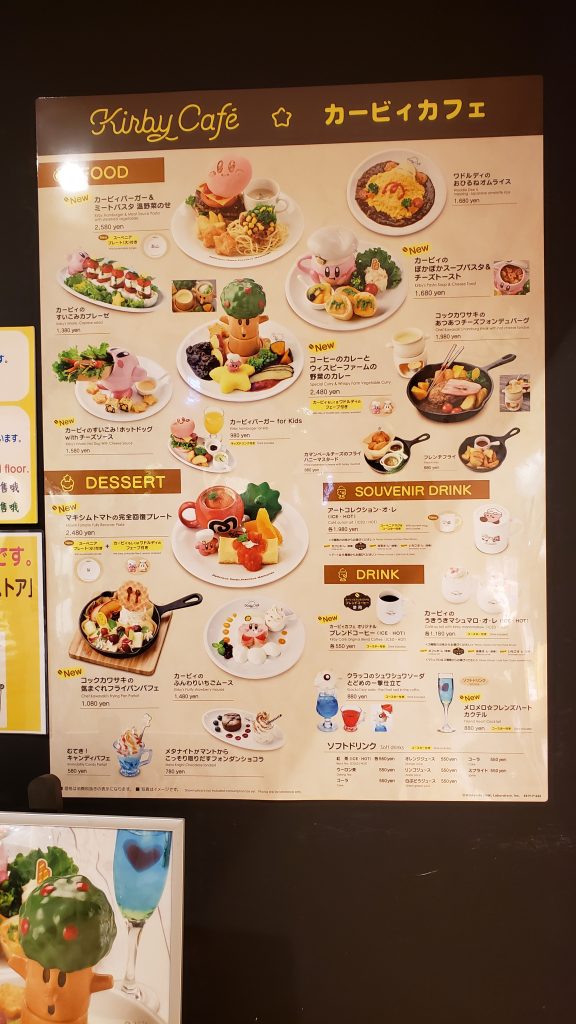 I mean, just look at some of this stuff!

Fine. Let’s just go get some ramen or something.

We left the SkyTree after a little more shopping and headed to a ramen joint right down the street. They also served Gyudon, which sounded pretty good to me. Abbie ordered the house Ramen while I got some pork Gyudon. Moments after being seated at the noodle bar, we were served our food. Abbie said her noodles were really good! My dish, however…

The meat was tasty, the egg was fresh.. the rice? Ughk this rice was totally undercooked. I had already finished the main portion of meat, so it was too late to send the dish back, but yuck! Wow. I don’t think I’ve ever had bad rice in Japan before. Are you even allowed to mess up your staple food here? Bleh. That was a bit disappointing. 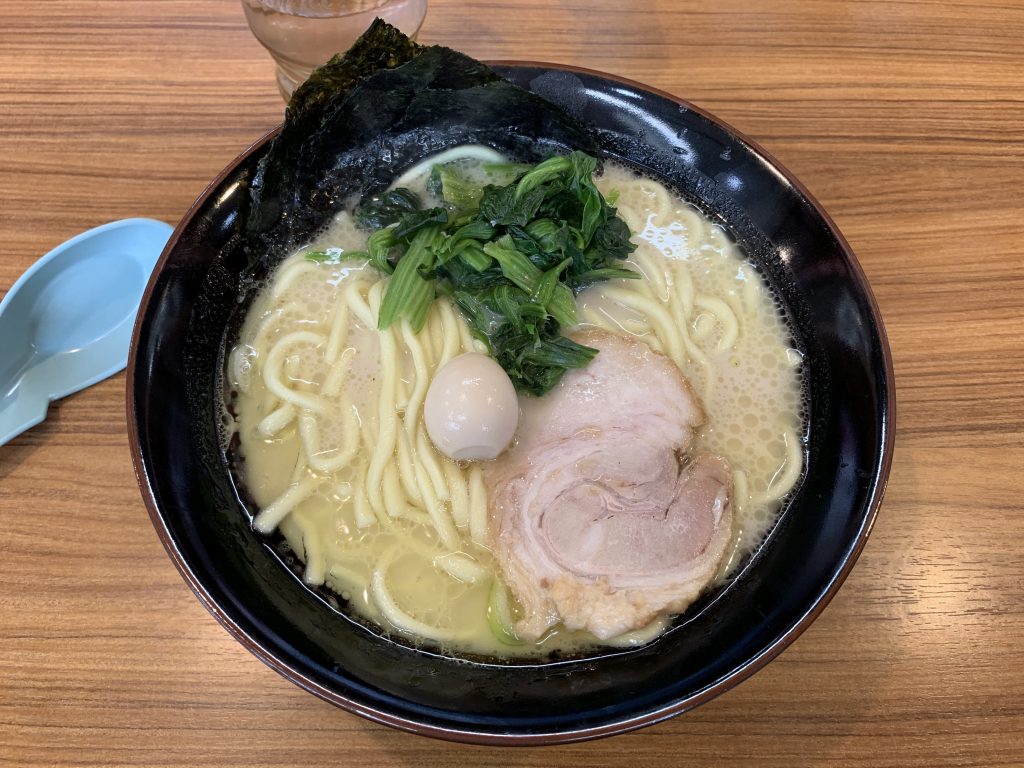 Gotta’ admit, today was a bit of a disappointment in general. The SkyTree was neat, but the overall experience was left me longing for more. Lunch was bleh. Let’s just get back to the hotel. Maybe we’ll just pickup McDonalds (which I normally hate) or something just to get a little American flavor in us to cleanse our palates again. 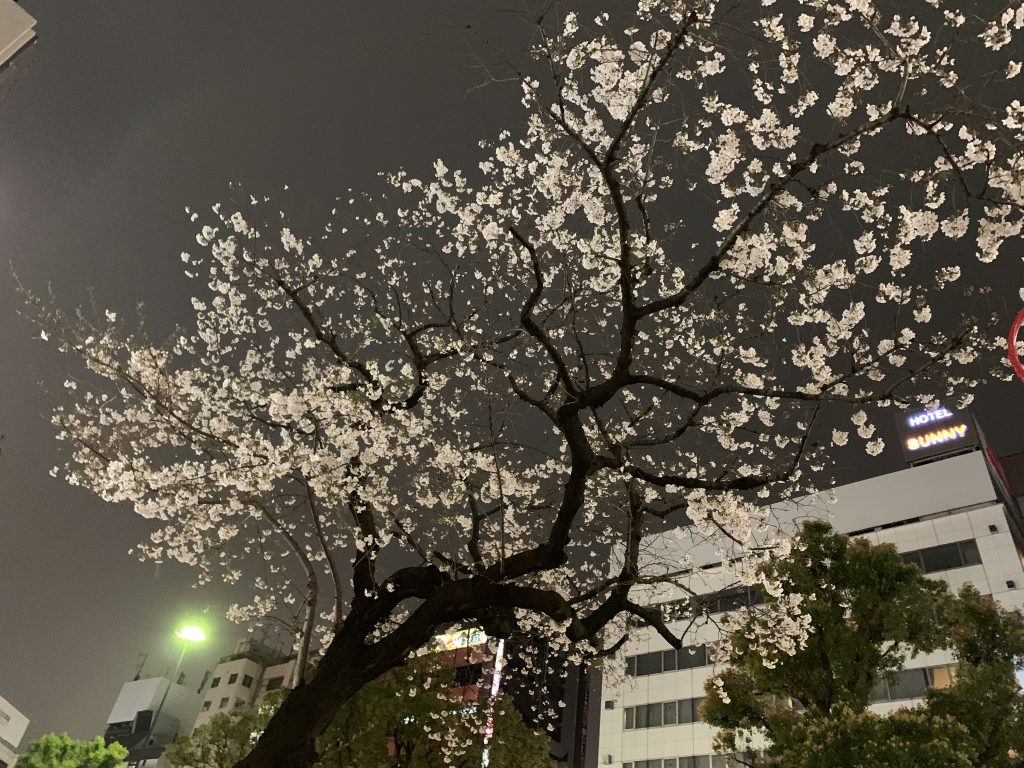 After a few train rides back to the hotel, I laid on our rock-solid beds and decided to check the Kirby Cafe reservations again one last time, just for laughs. Ha… wouldn’t it be funny if there was suddenly just a time slot open?

HOLY JESUS THERE IS ONE TIME SLOT OPEN OH MY GOD GET IT.

Last second. Two people. One time slot within the dates we are still here. Tomorrow. We’re booked. The odds of that happening…

Kirby came down from his piles of money and said, “You know what… yes…. come in.. spend more, my children.”

Yeah… you know what? Today’s not so bad.