The rest of southern Japan today is awash from Typhoon Talim, but it seems that Osaka just so happens to be in a small area of relieved clouds and partly sunny weather. The weather forecasts for today predict heavy rain, but I decide to take my chances and enjoy the clear skies while I can.

My destination for today? I’d like to go down to the harbor and visit one of Japan’s most prized aquariums: Osaka Aquarium Kaiyukan. Fortunately for me, the Aquarium was only a short ride on the Chou subway line, of which a station lies just steps away from my hotel. Perfect! I get ready, head down to the subways, pay for my ticket, and I’m off!

I soon arrived at Osakako station. This station was right along the waterfront of Osaka’s main shipping yards and was plastered with lots of images of the marine life found within the aquarium. Looks fun! After only a short walk north, there it stands: 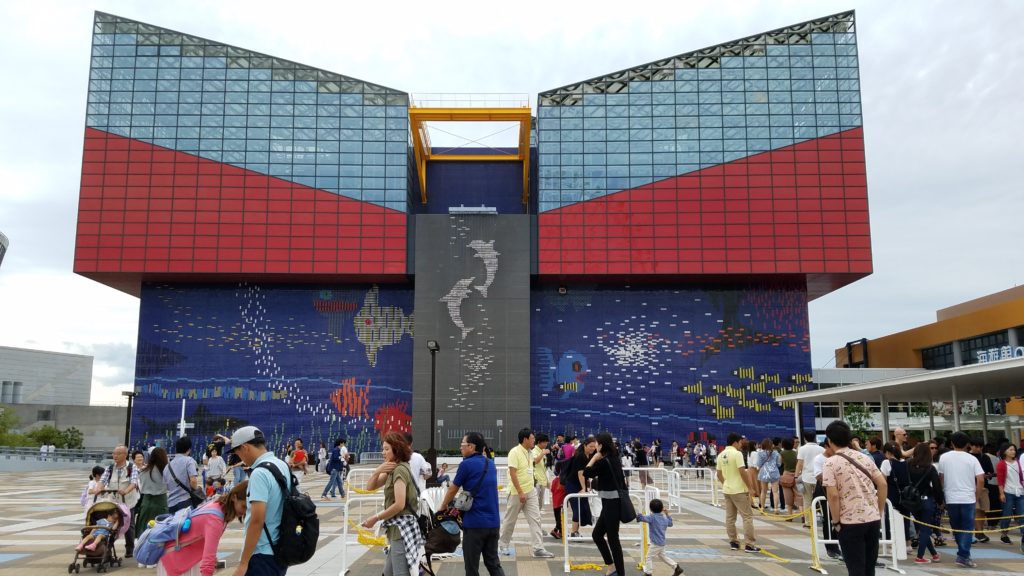 The building itself was very pretty and interesting to look at. There was a pretty long line to buy tickets when I first arrived, so I decided to check out the local shopping mall for some lunch. This would soon prove to be a smart move, since I not only found some great food inside of the mall, I also got a show to go with it!

First up, the grub. There was a small shop selling both okonomiyaki AND takoyaki! I’m gonna’ have to get those things at least one more time because they’re so good! I order one of each and yep, just like last time, they’re wonderful! 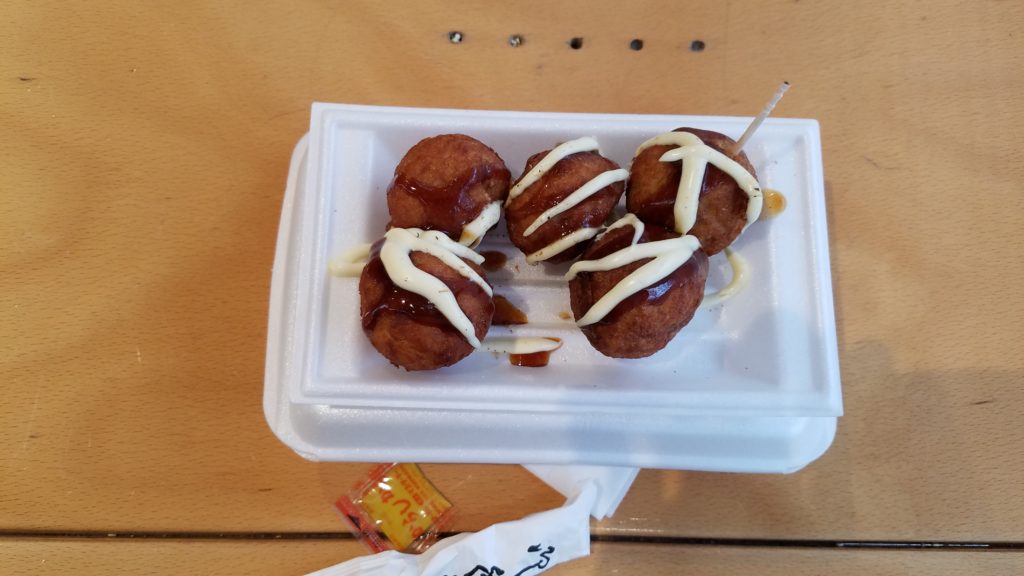 A place that serves these dishes must exist somewhere in California… right? They’re too good not to bring over!

As I finished my meal, I noticed that a crowd was gathering near a small center stage on the second floor of the mall. It seemed like some performance art was starting up! Sweet, a free show to start the day off!

The opening act was a short display of ancient mask swapping magic. The dancer carries multiple concealed masks and will swap them out instantly as the act progresses. The change happens so quickly that you don’t see any masks in his hands or where the multiple masks are being concealed. It was really quite awesome!

The next act required a volunteer to hold up a newspaper while the imagination bisected it with a HUGE bullwhip. The perfectly sliced sheets of newspaper were reduced by half after every attempt, upping the stakes for not only the performer, but for the volunteer as well! I wonder how her hearing is doing because that whip was LOUD!

The last act that I recorded in part was amazing. The magician balanced a giant tower of chairs atop 4 glass sake bottles and proceeded to perform feats of acrobatics on it. Incredible!

Time to hit the aquarium and see some fishes.

After a short wait in line, I was up to buy my ticket. 2300 Yen (~$21) for adults, not bad! I was pretty excited for this aquarium. That is…until I saw the first exhibit.

Uhhh.. This is just a moshpit of insanity. The calm, collective, and cooperative nature of Japan that I have experienced so far has just been thrown out the window. Each exhibit was PACKED with hordes and hordes of people pushing and shoving their way to the front of the crowd. This was madness! You had to wait about 10 minutes in this pushy-shovey crowd just to get a glance at smidgen of an otters tail. First impressions of the aquarium were admittedly very negative. This was not fun and it was a real bummer.

Worse still, this giant mass of humanity was being forced into a long and dark, claustrophobic hallway. Each exhibit window was filled to the brim with impatient people shoving their way to the front or forcing their cameras through the crowd so they could take a blurry and underexposed photo of any fish they saw. I honestly just considered cutting my loses and leaving right there.

Fortunately, I carried on, and soon, the crowds suddenly dissipated. Finally, I could breathe a little and actually see some of the awesome creatures they have on display here! This was more like it. The entire museum is essentially a giant spiral staircase down centralized aquariums, so even though I couldn’t see anything near the crowded tops of the exhibits, I could still experience the animals from below.

Okay, thank goodness for that. Let’s enjoy some sea life. 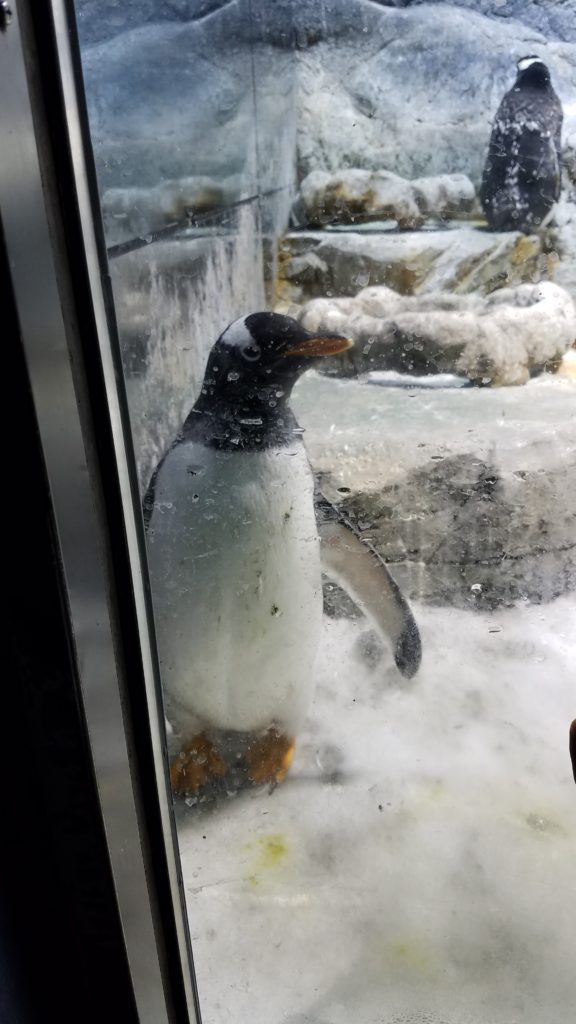 The Japanese can not pronounce the “guin” in “Penguin,” so they call these guys “Pengins” and it’s adorable.

I love these little sand-eels

In the center exhibit are two prized whale sharks. One male, one female.

It was cute, you could hear all of the little kids shouting “Des-tin-ney! Des-tin-ney!” referring to the Finding Dory whale shark character, “Destiny.” 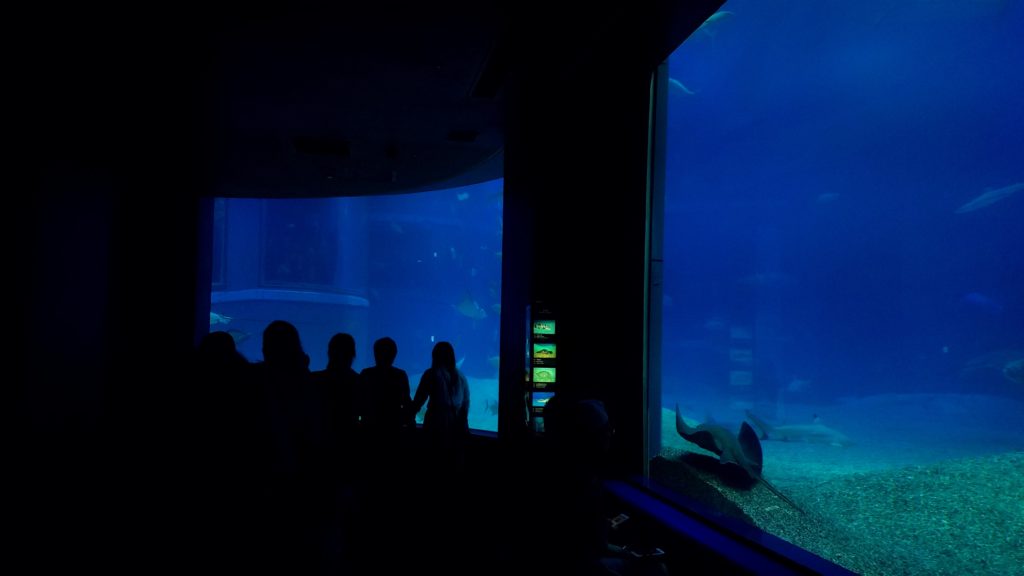 I’m pretty sure this is where the inspiration for the Animal Crossing aquarium comes from.

After lots and lots of aquatic encounters, it was time to go. While the first section of the Aquarium was utter hell, the less-crowded sections were actually quite pleasant. I have to admit though, I think The Aquarium of the Pacific back at home has this aquarium beat. Still, it was a nice afternoon overall. 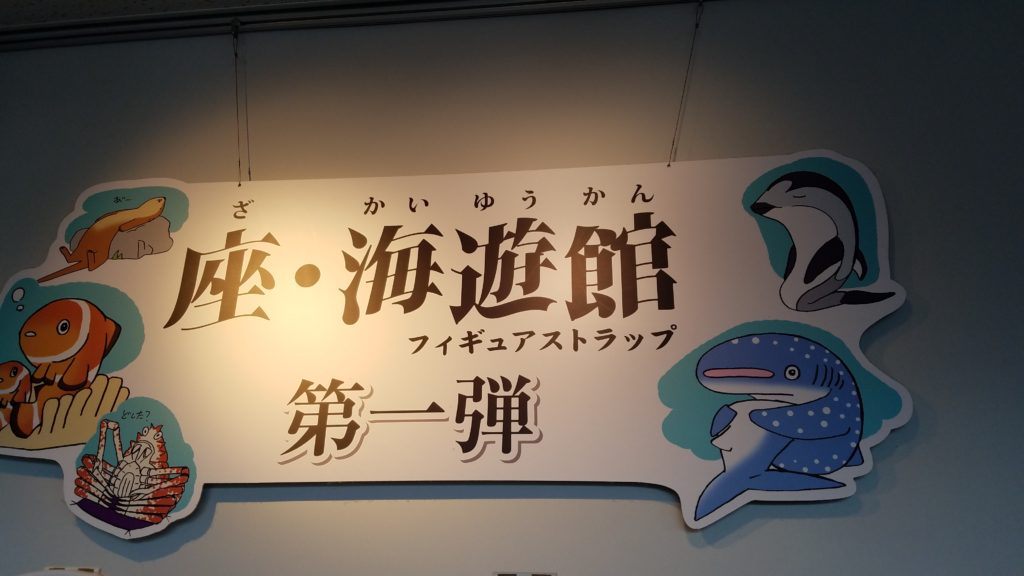 Of course all of the animals here have mascots! This is Japan!

An enormous farris wheel out front. Sadly, not in operation today.

Alright, back to the hotel. 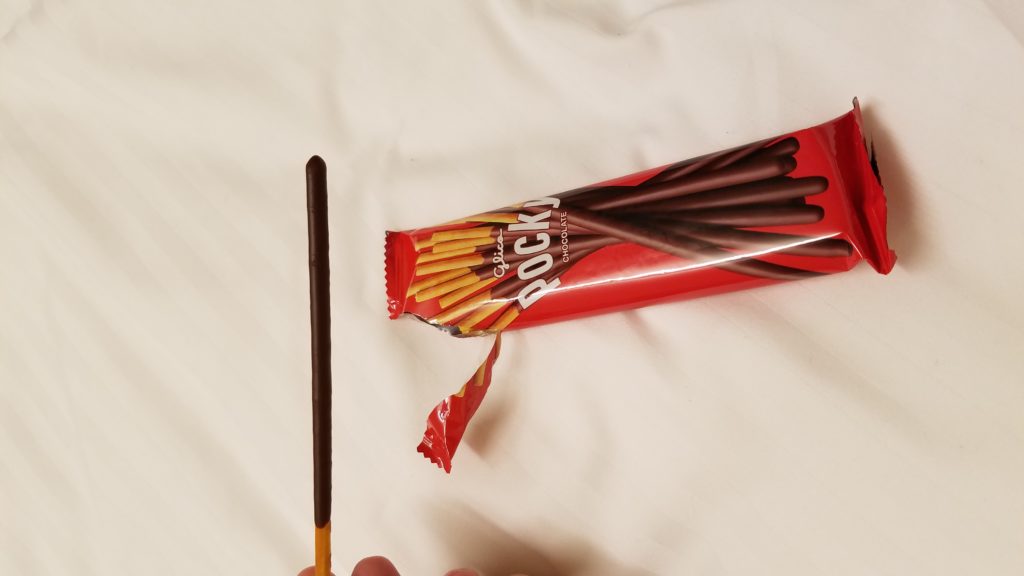 BOOM NORMAL POCKY, S’BRETTY GOOD AND TASTES LIKE NOT STRAWBERRY POCKY. NEXT! 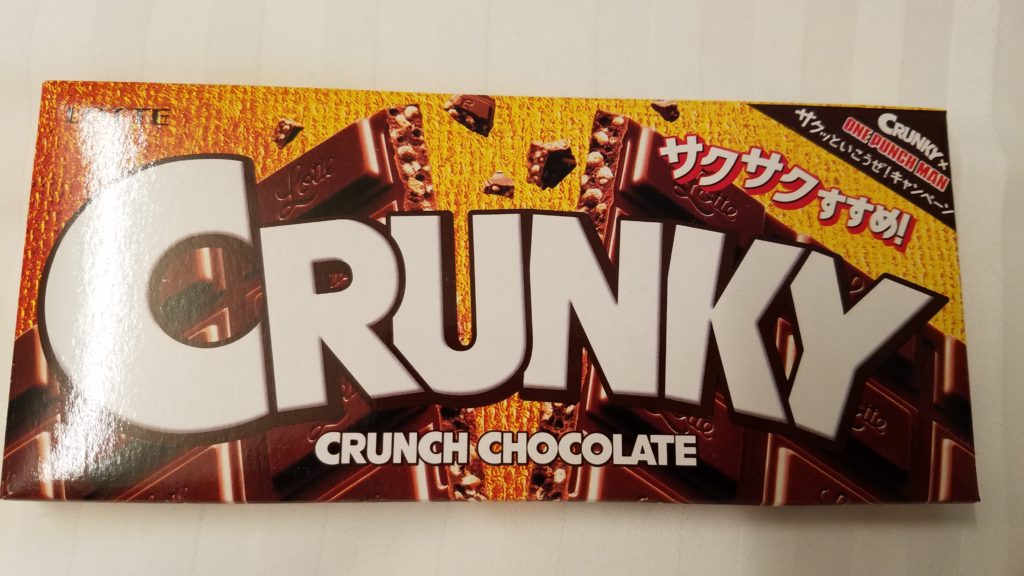 BOOM CRUNKY! Real talk this bar was actually really good. Think of a crunch bar, but with slightly darker chocolate and not as sweet. This is a new favorite.

Oh hey there Typhoon directly on top of me.

Oh… well guess that’s not happening tonight. Guess I’ll get dinner at the little place down the street a bit! 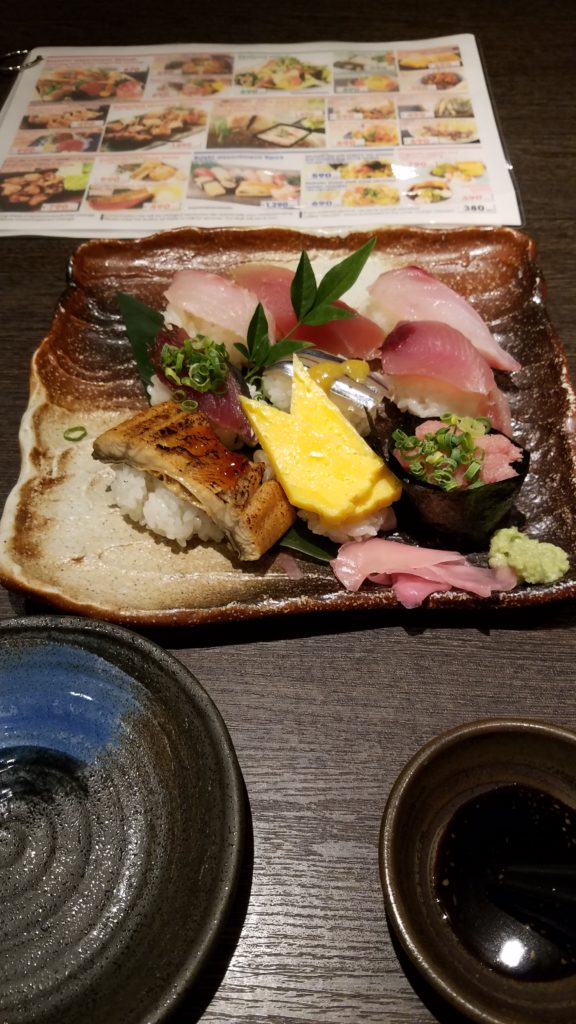 Sad that I won’t be able to visit Dotonburi again tonight, but hey, there’s always next time!