All good things must come to an end, and this trip was no different. I think Abbie and I can leave totally satisfied, though. While there were still a couple things on the route we traveled that we would have liked to seen, the entire trip was a massive success. The weather, while a little cold in some places, was just perfect. We were never really rained on, maybe a few drops here and there, but never anything during the day. I mean, who would have expected snow at the Ryokan? A snowy, comfortable Japanese Inn was only one of the many “one-in-a-lifetime” events that happened due to sheer chance. Likewise, having all of the cherry blossoms bloom a week early and being present for the naming of a new era was also not planned at all. It just kinda’ happened.

Would I be able to top this trip? I’m not sure. We’ll see what happens next time. For now, let’s review the final day of our trip.

Abbie and I awoke early in order to pack everything away. We weren’t so sure that the bounty of souvenirs we gathered would fit, but somehow we managed. A few stories ago, I mentioned that Abbie had a side-goal of finding a shirt with her favorite English nonsense on it. We saw many fantastic examples of brilliant Japanese English on shirts, but there was one in particular that she loved the most.

Way back when we went to Sunshine City Mall, Abbie found a simple shirt that read,

…And even after all that we’ve gone through, she still remembered exactly where that specific shirt was within the massive labyrinth of stores within Sunshine City. Our flight boarded at 4:30PM, so we still had plenty of time to use the last day of our rail passes to make a quest down back to sunshine mall and grab a last-minute memento. With a saying that good, it would be a shame to not pick it up.

The final morning down in Ikebukuro. Perfect weather.

It was a perfect day. Slightly a shame since the previous days were so chilly, but we decided to enjoy the nice send-off anyways. Sunny and 70°F. A great day for walking. We checked out of our hotel and had them hold on to our bags while we shopped. We hopped on the Yamanote line and darted off towards Sunshine City.

The sunlight always makes everything so pretty here

It was pretty neat to be here at 9:50AM. Since Ikebukuro was a massive shopping district city, and most stores here open at 10AM, you got to see everything open up and get ready for business. Bright and sunny with people walking the streets everywhere. Morning food vendors also began to pump mouthwatering smells of breakfast and lunch foods through the air. Abbie and I decided that if we were going to Sunshine City, might as well end the trip with another round of fantastic sushi from the restaurant we went to last time.

It didn’t take long until we were climbing the Pokemon-themed escalators up towards the shops to find Abbie’s shirt. Gotta’ give the girl props, her memory is pretty fantastic – she found that shirt within minutes.

Target acquired. Though, she opted for a tanner version.

Another favorite of mine: “KNOWING IS NOT ENOUGH -MUST APPLY-“

I’m pretty sure not even a random phrase generator could come up with the sheer brilliance of decorative Japanese English phrases. 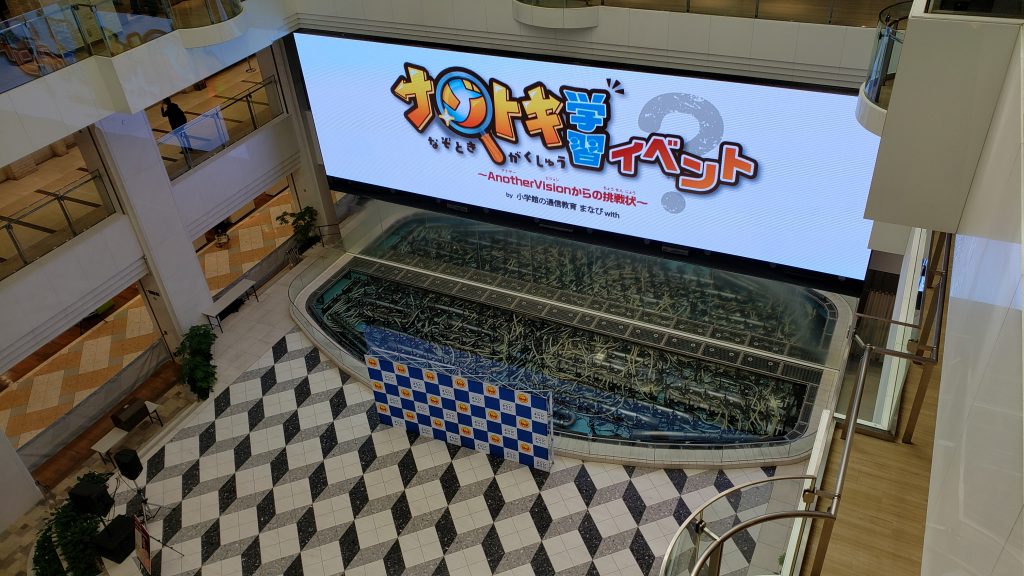 It was still early in the mall, so the normally crazy fountain was still turned off.

With funny shirt in hand, we still had about 45 minutes left to kill before the Sushi restaurant opened. I’m sure you could guess where we spent that time. 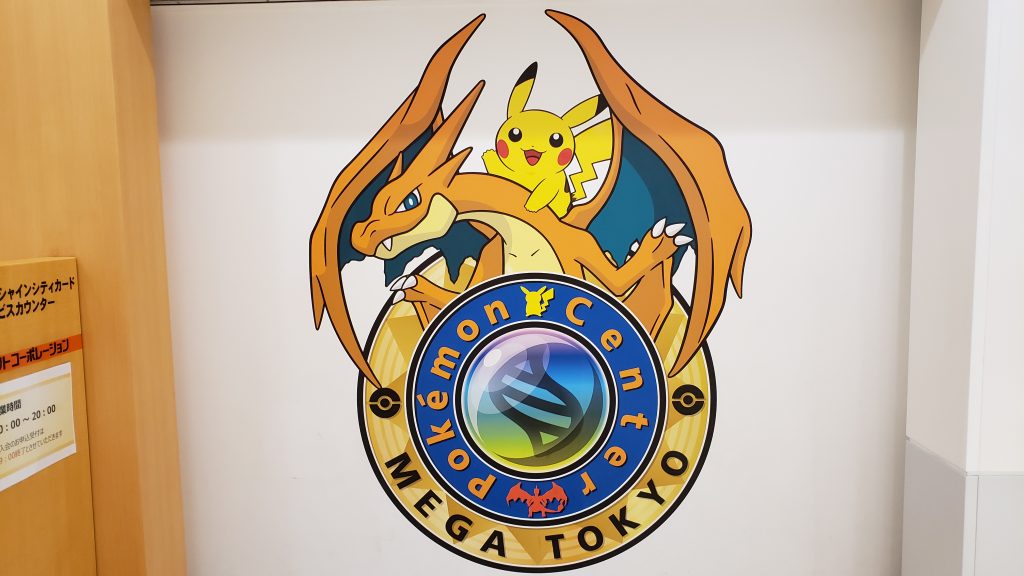 I’ve probably photographed these guys like 100 times by now

…But can you blame me?

After spending even more money at the Pokemon center (Hey I needed Pikachu ramen for back home, OK?), it was time for our final meal in Japan. The same delicious sushi and sashimi assortments we got last time we were here. Every single time, they have been perfect. I think this is one of my favorite sushi spots.

So soft. So flavorful. So, SO good.

Abbie opted for the sashimi again

We savored every last bite. A meal symbolic of the trip. Now it was over and it was time to head home.

After the meal, it was time to go back to the hotel to pick up our bags and schedule our ride on the Narita Express – the train back to Narita Airport. We made our way through the lively shopping streets of Ikebukuro and got back on the Yamanote line.

It was such a beautiful morning

Once we made it back to the hotel, we gathered our bags and began to make our way out. Abbie mentioned that she forgot her neck pillow in the room and asked if the hotel staff had found it. The woman operating the counter happily turned around and grabbed two items that we had left behind – Abbie’s pillow and a screwdriver set. The screwdriver set I actually bought cheap from a Kombini when Abbie bought her Kirby Otamatone instrument. It had a screwed-together battery slot, and we just couldn’t wait to play with it. Unfortunately, that’s all the use I could get out of that driver set since I later found out that I wouldn’t be able to take it onto the plane with me since we were carry-on only and I didn’t want to check my bag. I explain these facts to the woman running the hotel counter and told her that they may keep them. “Oh, presento!?” She asked. “Hai!” I replied. I soon was given a flood of “Domo Arigatogozaimashitas.” Haha wow, I’m very glad she liked the new present. Enjoy the screwdriver set. At least they won’t go to waste! “Sayonara!” We say.

It was time to go home.

Last trip on the Yamanote. It’s always a little bitter-sweet. Japan is such a wonderful place, but you begin to long for home.

We made our way to Tokyo Station and followed the red N’EX path on the floor. Soon, we saw what I dubbed to be the “Goodbye Stairs.” The final stairway towards the N’EX that would take you away from Tokyo.

Not the best photo (sorry random guy), but you get the idea. It’s an escalator.

…We actually had to go back up because we didn’t get reservations. Apparently, you need those for the N’EX. Alright hold on… back up the stairs.  We actually missed the train we wanted to originally get on, but thankfully, just for this hour, there just so happened to be two trains spaced 30 minutes apart. Another stroke of luck along this trip, but we’ll just pretend that we planned this out in advance, just like everything else.

Back down the stairs. Now we can say goodbye.

It didn’t take long for the iconic red, white, and black train to arrive in Tokyo Station’s basement platform to come pick us up. It’s funny, every so often during your trip, you would see the N’EX pull through the various stations throughout Tokyo as if it were some sort of spirit stalking you, constantly reminding you that one day, your trip will in fact end. Melodrama aside, it was something that always popped into my head when I saw it. Now it was our turn. The train caught up with us and now it was time to go home.

It was lovely to see all of Tokyo go by on this train again though. It’s always a great little summary ride through the gigantic mega-city and a little bit of the rural zones between Tokyo and Narita. All of the cherry trees were fully blossomed. It was a great little send off. The trip took about 50 minutes and I decided to not take any photos like last time and just enjoy the ride for myself.

Soon, we were at the airport. It didn’t take long until Abbie and I were presented with the real world when some horribly rude Australian tourists berated and screamed out (seriously what is actually wrong with some people?) a man who was standing on the wrong side of the escalator. Welp.. is it too late to just turn around and grab a few more nights in a hotel? It is? Ah well.

Other than that… thing… everything was smooth sailing. Abbie and I printed our boarding passes and sailed right through Narita’s lightning-fast and friendly security. Seriously, America absolutely SUCKS when it comes to airport security. Why does it have to be so hard? It’s so painless in Japan. I didn’t even have to remove my shoes.

Protip: If you’re a bit of an aircraft nerd like me, research the plane you’re going on. ANA’s 777-300ERs have seats that are normally in a 3-4-3 configuration, meaning 3 people left side, 4 middle, 3 people right side. BUT, the last few sets of seats are in a 2-4-2 configuration. Paired with ANA’s already excellent legroom, this makes for a spectacularly comfortable economy seat. All the room I could ask for and no random strangers to crowd me in the middle seat or to climb over. SO nice. I’ve never sat in an economy seat where I could comfortably extend my legs fully. I’m spoiled now.

Couldn’t have asked for a better partner. I hope you enjoyed the trip, Abbie. Told you I’d take you one day.

Japan had one final send off for us.

But not just any sunset 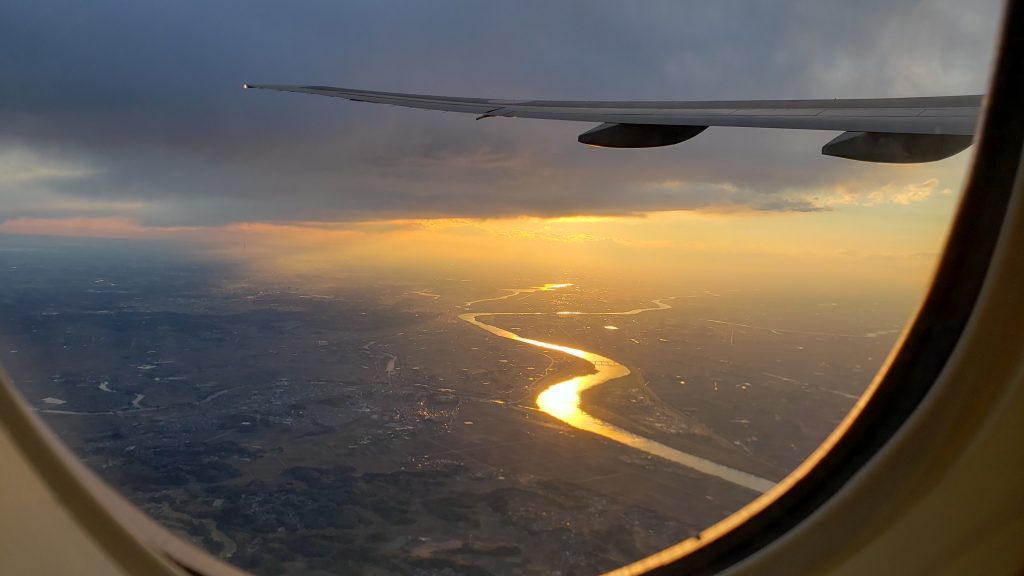 One of the very best I’ve ever seen. Look closely near the left horizon and you can see Tokyo SkyTree. Click the image for the full resolution.

Thank you to all the special people we met along the trip. Japan, you are amazing.